Violence against women and girls drives migration from Central America

Gender-based violence remains one of the most significant yet overlooked drivers of out migration across Central America and the broader region. It's often excluded from conversations on the nexus of Central American migration, regional development, and domestic immigration reform.

Over the last half-century, topics such as economic empowerment, democracy, transparency, and security have dominated the root-causes conversation. The aim of these investments is to improve the overall stability and well-being of countries and communities in the region, but their effectiveness is limited by a failure to consider the impacts of gender-based violence on social and systemwide challenges.

Though there's been increased focus from U.S. and international influencers on violence in El Salvador, Guatemala, and Honduras and its impact on migration, a response to the gendered differences remains limited and at times nonexistent. As the United States and the international community consider a comprehensive plan on Central America and immigration reform, proposed strategies must anchor the status and safety of women and girls at the center of solutions.

The George W. Bush Institute and the Wilson Center's Latin American Program discussed the violations of agency and human rights perpetuated against women and girls and policies to respond to the instability and migration. 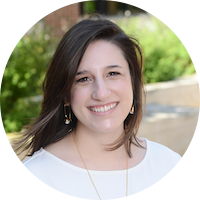 Violence against women and girls drives migration from Central America

North America is the key to Central America by Matthew Rooney

As part of an ongoing series from the Wilson Center, the Bush Institute's Matthew Rooney shares how linking USMCA with CAFTA will contribute greatly to breaking the vicious cycle of poverty, rampant crime, and institutional weakness in Central America.

Title 42 is the controversial public health guidance that closed the U.S.-Mexico border to most migrants, including those requesting asylum protection.

The Plain Dealer: The U.S. can act to mitigate the Ukrainian refugee crisis: Laura Collins and David J. Kramer by Ioanna Papas

The U.S. has long served as a beacon for those fleeing the atrocities of conflict-ridden homelands. The United States must continue standing alongside all who are seeking freedom.

Article
See All Publications
No Justice: Gender-based Violence and Migration in Central America Gender-based violence affects one in three women worldwide, making it an urgent and important policy challenge. Violence against women and girls is often excluded from conversations on the nexus of Central American migration, regional development, and domestic immigration reform. Learn more