When the United States stands with Afghanistan, it’s making a commitment to the security of all Americans as well as to the rights of women and girls everywhere. It is in our national security interests and our moral responsibility to support human rights, democracy, and peaceful, sustainable development in Afghanistan.

The Taliban are threatening a resurgence in Afghanistan decades after their dogmatic regime was deposed by an international coalition in the wake of 9/11. Both Afghans and Americans have much to lose if they return to power. During their reign from 1996 to 2001, women and girls were particularly brutalized and isolated, and citizens were terrorized as the country fell into poverty and despair. Meanwhile, the Taliban provided a haven for Osama bin Laden and Al-Qaida.

Levels of violence in the country are endangering the significant – albeit fragile – gains Afghanistan has made on its journey toward freedom through the sacrifices of Afghans, Americans, and other coalition forces over the past 19 years. Yet there is hope for peace. The Taliban and the Afghan government began historic peace talks in September 2020 in the hope of reaching a power-sharing government that would end decades of war. It’s vital that the United States and its allies continue to prioritize a stable and democratic Afghanistan to keep it out of the hands of extremists. And that includes bolstering the gains made by women and girls in all areas of economic, civic and social life.

Afghanistan today is at a critical moment in its history. Afghanistan’s Constitution and political system ensures equality for men and women alike, respect for human rights, and freedom of speech and assembly. Its economy has been working toward growth and self-sustainability, thanks to our support. And Afghan society has restored its rich tapestry of art, music, and culture that the Taliban erased.

As the peace talks between the Afghan government and the Taliban bring the hope of peace, violence continues unabated. These Afghan peace negotiations follow an agreement signed by the United States and the Taliban on Feb. 29, 2020, that allows for the gradual withdrawal of American troops in exchange for commitments from the Taliban that Afghanistan will not be used by any of its members – or other individuals or terrorist groups – to threaten the security of the United States and its allies.

In the midst of these talks, we must remember that peace is not possible or sustainable if a political settlement does not include women at the table and does not guarantee women’s rights and opportunities. The status of Afghan women and girls is therefore just as important to the United States as it is to the Afghan government.

Given this context, it would be a grave mistake for the United States to disengage without a clear roadmap for peace that protects hard-won gains in human rights, democracy, and the status of women and girls from extremists. To be clear, that’s not an argument for a perpetual U.S. military presence in Afghanistan. The Afghan people should and will control their future, but at this crucial time, continued support is needed.

The following recommendations can help the Biden administration and Congress mitigate these risks:

The United States has spent 18 years helping to develop and maintain the Afghan National Defense and Security Forces (ANDSF) with support from U.S. troops and financial assistance. The ANDSF today is a collection of modern security institutions with professional capacity, loyal to the Afghan government, and respected by most Afghans. Almost 6,000 Afghan women serve in the Afghan National Police and Afghan National Army. However, they continue to face operational challenges and suffer from heavy casualty rates in the fight against the Taliban.

It is imperative that the United States maintain its financial and institutional support of the ANDSF for three key reasons: (1) It takes time, commitment, and continuous training to develop an effective, efficient security force, and American leadership in this effort is crucial; (2) If the Afghan peace negotiations collapse, levels of Taliban violence will continue to increase and may threaten the collapse of the Afghan government; and (3) If there is a peace agreement, Afghans will likely require some form of integration program for former Taliban combatants that will impact the needs of the ANDSF.

A future Afghan security sector must be large enough to secure the peace but small enough to be sustainable. Afghanistan will lead this effort, but the United States’ support is vital for it to be successful, regardless of the outcome of the Afghan peace negotiations.

Afghanistan has worked to reduce its reliance on foreign assistance since 2014 and has made significant progress in areas such as revenue collection. However, the World Bank estimates that even after a peace agreement with the Taliban, Afghanistan would still require financial assistance at near current levels over the next four years to be able to sustain its most basic services. In addition to the economic challenges posed by COVID-19, severe drought has affected the country’s economy as well as residents’ food security. More than half of Afghans — and up to 90%, according to the Ministry of Economy — are living below the poverty line.

Economic development is essential to Afghanistan’s long-term stability. As with assistance to the ANDSF, a significant reduction or elimination of development-focused foreign assistance could signal a lack of American or international commitment that emboldens the Taliban to continue exacting concessions in the Afghan peace negotiations – or worse. The United States can condition assistance to incentivize an inclusive peace agreement that protects gains in human development and rights, as well as the promotion of good governance and transparent and accountable institutions.

Afghan women and girls have made significant strides with the support of U.S. Agency for International Development and State Department-funded programs. Before COVID-19, an estimated 3.5 million girls were in school, with 100,000 women enrolled in public and private universities. According to the Afghanistan Women Chamber of Commerce & Industry (AWCCI), over 1,000 female entrepreneurs had invested $77 million over the span of 18 years, creating 77,000 jobs. And women have run for elected office and served at various levels of government. These laudable achievements are at risk both because of the effects of COVID-19 and the uncertainties of the Afghan peace talks. Intentional investment in a stable Afghanistan will help maintain these gains and address new challenges.

According to U.N. Women, UNICEF, and Human Rights Watch, COVID-19 is likely to drive many women and girls out of education permanently as they face an increased risk of child marriage and gender-based violence; loss of access to services like nutrition programs; and the mounting burden of unpaid care and household labor. The United States and the international community must pay particular attention to declines in girls’ education and ensure that funding for this vital component of human development remains intact.

Most of the 1,500 registered women-owned businesses in the AWCCI database are micro, small, and medium sized and therefore the most vulnerable during COVID-19. In the near term, the United States and the international community can work to ensure that Afghan women have equal access to any financial recovery packages, credit, unemployment benefits, and other key mechanisms. Training and mentorship programs for women-run businesses and entrepreneurs can also help ensure they are able to adapt to the changing economic and health landscape.

Today, there are a wealth of strong women leaders in all sectors of Afghan society who contribute to Afghanistan’s development, peacebuilding, and COVID-19 response efforts. However, they remain underrepresented among decision-makers and face continued barriers such as harassment, violence, and assassination. The United States and the international community can facilitate gender-disaggregated data collection in order to develop gender-sensitive responses to COVID-19; ensure women’s organizations are consulted and included in decision-making bodies; and reaffirm their commitment to enabling women’s access to leadership positions.

Four women serve on the government’s 21-member team at the current Afghan peace talks, with none on the Taliban’s team. The Taliban have promised to respect “the rights of women that are granted by Islam” but – importantly – they have not clearly defined what that means or whether the group would maintain gains by Afghan women since 2001. For example, evidence on the ground shows that although the Taliban officially state that they no longer oppose girls’ education, very few Taliban officials actually permit girls to attend school past puberty. Others do not permit girls’ schools at all.

Afghan women are understandably worried that a political settlement will not include their voices or their concerns and will be reached at their expense. They have mobilized across civil society and government to ensure their perspectives are reflected in any deal shaping the future. They have demanded seats at the negotiation table and have laid out their priorities for the peace process, including in an open letter to the Taliban from nearly 400 Afghan women leaders and activists. They have called for a ceasefire.

Since 2001, the United States has stood by Afghan women and girls, decrying the human rights violations perpetrated by the Taliban and emphasizing that a country cannot truly be free and prosperous if half of its population does not have equal access, rights, and opportunities. While the Afghan government and the Taliban will rightfully dictate the contours of any future peace agreement, the United States, in concert with allies such as the European Union and NATO, must stand by its commitment to Afghan women and use its political and financial leverage to ensure the preservation of equal rights as guaranteed by the Afghan Constitution. In addition, any groups that implement, monitor, and verify peace agreements should include the meaningful participation of Afghan women.

When the United States stands with Afghanistan, it’s making a commitment to the security of all Americans as well as to the rights of women and girls everywhere. It is in our national security interests and our moral responsibility to support human rights, democracy, and peaceful, sustainable development in Afghanistan. Afghan women are essential to that stability; they drive education, growth, and self-reliance, and we must continue to invest in them as a cornerstone of U.S. policy in Afghanistan. If we don’t, America’s ideological adversaries in Beijing, Moscow, Tehran, and elsewhere won’t hesitate to fill the vacuum left by the United States and its allies. 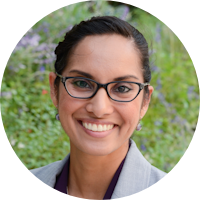 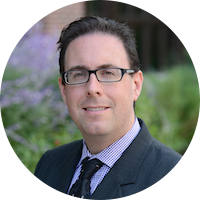 In an op-ed for USA TODAY, Natalie Gonnella-Platts, the Director of the Women's Initiative at the Bush Institute, writes that there are three tangible actions we can take to help Afghan women and children

For the 20th anniversary of the U.S.-Afghan Women’s Council, Paula Dobriansky, its founding Co-Chair and former Under Secretary of State for Global Affairs, talks with the Bush Institute’s Natalie Gonnella-Platts about the impact the Council has had on Afghan women and girls over the last two decades and why it’s so important that its work continues in the future.

Elevating the Strength of Afghan Women by Natalie Gonnella-Platts

In marking the 20th anniversary of Mrs. Bush’s radio address amid current events in Afghanistan, the Bush Institute reached out to Afghan advocates across the world for their reflections on the importance of the gains made over the last 20 years and the immense need for global support for at-risk Afghans today.