By reordering its fiscal and regulatory policies around an opportunity agenda and allowing greater flexibility for private markets and local policy initiatives, the federal government can play a crucial role in creating greater opportunity and economic mobility for all Americans.

Growing challenges to the American dream demand new federal policies to expand economic mobility for as many Americans as possible. Economic growth has left too many people with lower education levels – and disproportionate numbers of Black, Hispanic, and Native Americans – behind. The COVID-19 crisis has laid bare these disparities. A new opportunity agenda should rely on America’s historic strengths and values: vibrant private markets, compassionate but limited government, and earned upward mobility.

Federal policy to promote economic mobility should focus on the following:

Improving economic mobility should be a top-tier priority, for three reasons:

Median household income has grown more than 50% over the past four decades after inflation, taxes, and government transfers, and America has experienced strong levels of economic mobility for people with a college degree. But pretax incomes after inflation have remained stagnant for Americans with only a high school diploma or less, as the Bush Institute – SMU Economic Growth Initiative documents in a recent report. Median household wealth is lower than in 1969, and families in the bottom 40% by income collectively have negative net wealth, with debt exceeding financial assets. Racial income disparities remain as large as they were in the 1970s.

The most significant challenges to economic mobility today include slow growth rates of skill levels and productivity, falling rates of business creation, weaker competition in many industries, and deeply uneven economic geography, with many struggling, low-opportunity regions, cities, and neighborhoods. They also include an affordability crisis in housing and education that is undermining savings, investment in human capital, homeownership, and other forms of wealth accumulation for disadvantaged Americans.

An opportunity agenda should start from an understanding that federal, state, and local governments – plus businesses and nonprofits – have vital roles, and each should play to its strengths. The federal government should apply its vast fiscal capacity and its tax and regulatory powers to promoting economic mobility, while empowering local policymakers and private-sector leaders to play their own roles more effectively.

America’s leading universities and medical centers play central roles in driving innovation and growth in the economy and solving pressing challenges, as they’ve shown in their powerful response to the COVID-19 crisis. They are also key drivers of opportunity in their communities because of their growing roles in local employment, procurement, business creation, and land use. Congress should step up support for basic research, as the Bush Institute – SMU Economic Growth Initiative argues in a report on the impact of knowledge-generating institutions. Federal policymakers should also consider policies that would incentivize institutions to become more active leaders in economic mobility and equitable community development and support efforts to incorporate pandemic lessons on remote learning and telemedicine.

Labor market flexibility has long been a vital strength of America’s economy. The federal government should focus on improving financial stability for part-time and gig workers rather than imposing heavy-handed regulation on flexible labor arrangements. If Congress considers raising the federal minimum wage, it should ensure that any changes are adapted to local living costs and designed to limit negative employment effects for young, lower-skilled workers.

Competitive markets play an essential role in fueling growth and opportunity. But competition has waned in many industries due to growing concentration of firms, government restrictions blocking new market entrants, and low business startup rates. The Biden Administration should reinvigorate antitrust enforcement to promote competitive product and labor markets, while sticking to established “consumer welfare” standards in antitrust enforcement. Federal policymakers should press states and localities to make it easier, faster, and cheaper to start a business, including reducing occupational licensing rules and making licenses transferrable across state lines. Small-business lending programs should prioritize firms with inadequate access to private capital markets, especially minority-owned companies. Congress should extend the Paycheck Protection Program but amend it to require greater transparency and target loans toward companies that are creditworthy but seriously threatened due to the COVID-19 crisis.

Place-based policies can play a useful role in promoting economic mobility for people in disadvantaged neighborhoods, but existing programs would benefit from greater flexibility and transparency. Congress should renew the “opportunity zones” program for economically distressed communities, but should expand it to cover all qualified census tracts and all qualified investments, rather than only those funded from capital gains realizations. It should require transparency around qualifying investments and empower local governments to establish community benefit conditions for opportunity zones investments to quality for special tax treatment. Congress should modernize the Community Reinvestment Act, which focuses on expanding access to credit in disadvantaged communities, and allow more common-sense flexibility for financial institutions to earn credits under the program – for instance, by covering mixed-income housing in high-opportunity neighborhoods or wraparound services associated with affordable housing developments.

SUPPORT HOMEOWNERSHIP AND OTHER AVENUES OF WEALTH ACCUMULATION

Promoting wealth accumulation should be a central element of policies to advance opportunity, since even small family wealth holdings make a large difference in whether people attend college, start businesses, and pursue other routes to upward mobility. As homeownership is the principal path to wealth accumulation for most families, Congress should consider creating a first-time home purchase tax credit for moderate- to lower-income Americans and exercise its authority over housing finance to promote novel homeownership tools like community land trusts and shared appreciation mortgages. It should consider new wealth accumulation vehicles aimed at helping people make opportunity-enhancing investments like paying for education or starting a business.

Taxes are most consistent with strong economic growth when they consist of a broad tax base, low rates, and minimum complexity. To the extent that Congress aims to provide specific incentives in the federal tax code, policymakers should prioritize expanding opportunity for as many Americans as possible. Congress should retain the full charitable deduction to promote giving to vital nonprofits but avoid expanding deductions that are counterproductive in advancing opportunity, like the state and local tax deduction and the mortgage interest deduction, which raises home prices. It should maintain favorable treatment for long-term capital gains and business investments. It should consider expanding tax programs like the earned income tax credit to make work pay better.

By reordering its fiscal and regulatory policies around an opportunity agenda and allowing greater flexibility for private markets and local policy initiatives, the federal government can play a crucial role in creating greater opportunity and economic mobility for all Americans. 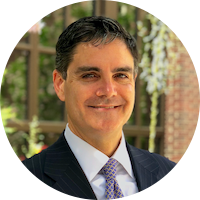 Advancing Outcomes for Our Post-9/11 Veterans and Their Families Col. Matthew F. Amidon, USMCR on January 14, 2021

The Economist: Why Americans are rethinking where they want to live by Ioanna Papas

The pandemic has caused many to evaluate where they live and what their lifestyle looks like. The Economist examines the migration the U.S. is currently experiencing and chats with Cullum Clark, Director of the Bush Institute SMU Economic Growth Initiative, about the cities attracting many people.

The Texas Triangle: A rising megaregion unlike all others by J.H. Cullum Clark

The Texas Triangle—the urban megaregion consisting of the Dallas-Fort Worth, Houston, San Antonio, and Austin metropolitan areas—stands out as a distinctive model among America’s large urban megaregions.

This October, the Biden Administration plans to increase the ceiling of refugees allowed into the U.S. to 125,000. Bush Institute Human Freedom and Women’s Initiative Senior Program Manager Christopher Walsh discusses the importance of this decision.