Immigration: Building a System for Tomorrow

More than ever, America needs the brightest, most talented, and hardest-working people the world has to offer. The objective of immigration policy should be to affirm America as the land of opportunity.

Congress must undertake a top-to-bottom overhaul of our immigration system. A more modern system that meets today’s realities can strengthen American values and keep America economically competitive. Robust border security must be combined with a robust legal immigration system; we can be a lawful society and a welcoming one at the same time. If we maintain the status quo — an immigration system woefully out of date, inefficient, and unwelcoming — we will no longer be the country of freedom and opportunity that we have been since our founding. Whether accomplished by comprehensive solutions or piecemeal legislation, the result must be the same — a new immigration system that works better for America.

The United States is home to about 45 million immigrants who come from all over the world hoping to build a better life. They are entrepreneurs and innovators, bringing with them the skills America needs to compete in the global economy. They fill critical gaps in America’s labor force by performing work our economy requires and keeping our workforce vibrant as our population ages.

The United States is only realizing a fraction of the potential that immigrants represent because of complex laws and outdated priorities. America can be both a welcoming nation and a secure nation. Pro-growth immigration reform is an economic imperative. A modern immigration policy can recognize the value of all immigrants, regardless of how they arrive.

Although efforts were made in the 1980s and 1990s to address border security and the undocumented, whom we choose to admit to the United States has not substantially changed since the mid-1960s. Today’s challenges are fundamentally different, and our immigration system must be modernized.

Additionally, we all must promote citizenship among our immigrant friends and neighbors. Executive branch agencies, local governments, nongovernmental organizations, corporations, and private citizens all have a role to play in welcoming our immigrant neighbors and helping them assimilate and integrate to the United States.

These recommendations outline an immigration system that benefits America and remains true to our history as a nation of immigrants.

DREAMERS SHOULD BE ABLE TO APPLY FOR CITIZENSHIP

Congress should pass a permanent legislative solution for Dreamers, undocumented immigrants who were brought to the United States as children by their parents. These immigrants are American in every way but their passports. While they are temporarily protected by Deferred Action for Childhood Arrivals (DACA), the power to provide a solution for Dreamers ultimately lies with Congress.

Dreamers are college students, essential workers, and members of the military. Many are parents to American citizen children. But they cannot fully participate in American civic life until Congress acts to pass a solution for them.

Congress’s first attempt to solve this problem was the Dream Act, a bipartisan bill filed in 2001. Two decades later, Congress has still not managed to pass legislation for Dreamers, a shameful failure shared by both parties. Congress should make passing a permanent legislative solution for Dreamers a priority.

The United States is a beacon of freedom and opportunity for people all over the world. Our nation has welcomed thousands of people fleeing persecution, violence, and instability.

Refugee resettlement in the United States is secure and successful. Refugees go through rigorous vetting before they are admitted to the country. Once here, resettlement organizations help them get established in their new communities. Within a few years, refugees pay more in taxes than they receive in benefits.

The United States has been a world leader in refugee resettlement, and we should recommit to a robust humanitarian immigration policy. When we demonstrate leadership on humanitarian migration, the rest of the world follows: Our allies are more willing to accept refugees and asylum seekers, which is increasingly important when global displacement is at an all-time high. Along the way, we create a more stable and peaceful society both at home and abroad.

The United States should raise the refugee cap from the historic low that has been put in place for 2021. Congress should take its advisory role on the cap seriously and regularly engage with the executive branch regarding refugee resettlement. On asylum, the United States must commit to recognizing the dignity of the people seeking refuge at our borders and the perilous situations that are driving asylum seekers to flee. Not all asylum seekers will qualify to stay in the country, but they must all go through the fair process outlined in our laws to adjudicate their claims. Throughout their asylum cases, we must treat them with respect and humanity.

WE SHOULD MANAGE OUR BORDERS THROUGH INVESTMENT, INNOVATION, AND BY HELPING OUR NEIGHBORS BUILD FREE AND PROSPEROUS NATIONS

Secure borders require a strong and functioning legal immigration system. We will not be successful in reinforcing our border if the effort is divorced from a top-to-bottom overhaul of our nation’s immigration rules.

Effective border policy will facilitate trade and migration lawfully and efficiently. It involves working with our neighbors and regional allies to ensure safety, freedom, and security. And, perhaps most importantly, it is designed for the reality of what we face today, not the challenges of two decades ago.

The United States should foster stronger relationships with Mexico and the Northern Triangle countries of Central America to promote security, economic opportunity, and safety in our entire region, as a recent Bush Institute – SMU Economic Growth Initiative policy brief outlines. The 2007 Mérida Initiative, a partnership between the United States and Mexico targeting organized crime and violence and bolstering border security, is a good start but not enough. The United States must have regional cooperation to boost its security.

The United States issues around 1.1 million green cards each year. Almost two-thirds of these are reserved for family-based preference categories, while less than 10% are for employment-based migrants.

This is significantly different from the approach of other industrialized countries. In Germany and Switzerland, around 80% of permanent immigrants are admitted based on their potential to contribute to the economy. The same is true of half, or more, of all permanent immigrants in Spain, the Netherlands, the U.K., and Italy. Canada’s merit-point system recruits immigrants who are likely to contribute to Canada’s prosperity and is a model worthy of consideration.

To remain competitive in the global race for talent, the United States needs to reorient its policy priorities to accommodate immigrants who have the skills and education to fill open jobs and create new ones.

The shift from family reunification to employment-based migration must necessarily expand future flows of legal immigrants to the United States. In addition to growing the economy, expanded flows will help ease the green card backlog, which currently holds millions of legal immigrants hostage in decades-long lines. These extensive waits unnecessarily punish those who follow our immigration laws and create an incentive to enter the United States illicitly.

Any legislation that promotes merit-based immigration but reduces overall immigration levels is not a pro-growth immigration policy. Such proposals are counterproductive and fail to recognize immigrants as an asset.

Lawmakers would do well to embrace the growth potential of immigration by expanding the overall number of immigrants admitted to the United States each year.

Temporary worker visas help employers fill open jobs with qualified workers when they cannot find Americans for the positions. These programs could use small adjustments to maximize their benefit to the American economy.

Congress should tie visas to employees, making them portable between jobs. The employers currently control the visa, meaning a worker cannot easily change jobs without being granted a new visa. This opens the possibility of abuse by employers and creates inefficiencies for the economy. Employees should be granted the visa, allowing wage levels to signal where the most pressing labor needs exist. For visas with statutory caps, like the H-1B and H-2B, Congress should either raise the caps significantly or create caps that are market-driven. These two programs are woefully inadequate to meet the needs of our economy, leaving employers — many small businesses — without the labor needed to successfully operate and grow our economy.

Each of these visa programs should have a workable adjustment of status provision to allow the visa holder to apply for a green card. Currently, only the H-1B program allows visa holders to eventually apply for a green card. No such provision exists for the H-2A and H-2B programs. Letting these visa holders adjust their status to permanent residency would allow us to retain their economic contributions over the long term. Without adjustment of status, or a realistic opportunity to obtain a green card in a few years, the United States is in a weakened position relative to its competitor nations. We will lose talent as workers decide to seek their immigration fortunes elsewhere.

THE UNITED STATES NEEDS A RIGOROUS, FAIR PROCESS FOR UNDOCUMENTED IMMIGRANTS TO GET RIGHT WITH THE LAW

Approximately 10.5 million unauthorized immigrants live in the United States. Full enforcement of our current immigration laws would require deporting all unauthorized immigrants back to their home countries and preventing all future unlawful immigration. It would be a massive undertaking to identify, apprehend, detain, and adjudicate all these cases, and it would carry a steep price tag: 20 years and $400 billion to $600 billion, according to the American Action Forum.

Even more costly would be the damage to America’s economy. Removing all unauthorized immigrants would cause the labor force to shrink by around 6.4%. A report by the American Action Forum estimates a reduced GDP by up to $1.6 trillion over 20 years.

An earned pathway to citizenship is the most reasonable solution.

Citizenship should not be handed out but earned through a process that screens out bad actors. Unauthorized immigrants should be required to come forward, admit that they broke the law, pay fines and back taxes, and pass a criminal background check. Only then should they be eligible to pursue the naturalization process, which requires immigrants to spend at least five years as legal permanent residents and show proficiency in English and an understanding of America’s history.

More than ever, America needs the brightest, most talented, and hardest-working people the world has to offer. The objective of immigration policy should be to affirm America as the land of opportunity — where people of any background can work hard, develop ideas, and benefit from the fruits of their labor. America’s great advantage has always been its ability to attract diverse people from all corners of the world and bring them together to build the American dream.

An ad hoc immigration policy cobbled together by executive orders cannot accomplish this. Congress has the power to shape America’s future by passing laws to change our immigration system for the better. 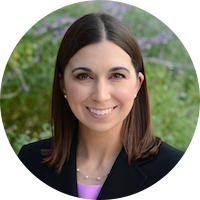 Immigration: Building a System for Tomorrow

North Korea: Denuclearization Is Not Possible Without an Improvement in Human Rights Victor Cha and Lindsay Lloyd on January 14, 2021

Immigration and a Tight Job Market by Matthew Rooney

We can boost growth and job creation by, among other things, welcoming immigrants, and temporary workers as we have done for most of our history. American workers and their families and all of our communities will be better off when we do.

Mario Lopez on Modernizing Our Immigration System by Holly Kuzmich

In a recent conversation on immigration, Bush Institute Executive Director Holly Kuzmich sat down with Mario Lopez, President of the Hispanic Leadership Fund, to discuss the need to modernize our immigration system, the volume of misinformation around the issue of immigration, and more.