Throughout the world, democracy is under threat from populist leaders, growing distrust in government, and illiberal forces. The United States faced its own test on January 6th when radical insurgents stormed the United States Capitol. Despite these threats, democracy remains the best system to protect civil liberties and minority rights, encourage the entrepreneurial spirit and stable investment conditions, foster political institutions that promote good governance and the rule of law, and enshrine nonviolent mechanisms for addressing society’s challenges. As we see at home and abroad, the best way to deal with undemocratic forces and illiberal values is with healthy, resilient democratic institutions and an unwavering commitment to the rule of law and protection of liberal values. As we strengthen democracy at home, U.S. leadership is needed to support democracy and human rights around the globe, as well as to bolster democratic institutions and values that are essential to American prosperity and a better world. Our domestic challenges do not lessen this responsibility; rather they illustrate how we must all work together to strengthen the governing system that has proven most effective in providing stability and prosperity.

Supporting democracy and human rights overseas has long been a foundational element of American foreign policy, reflecting a bipartisan consensus that having more democracies in the world makes the planet more secure, prosperous, orderly, and just. American leadership has been central to backing democracy activists and building partnerships among democratic nations. The United States has, however, stepped back from its traditional role of fostering global democracy and human rights. This coincides with the world witnessing the 14th straight year of democratic backsliding and the United States facing domestic frustrations with racial injustice, continued governmental dysfunction, and polarization around our democratic values and institutions. The global health pandemic has also exacerbated the challenges to democracy at home and abroad, deepening pre-existing fissures.

While the United States has had and continues to have shortcomings in living up to the lofty ideals of democracy, its leadership role remains essential. The United States must approach the importance of democracy support with humility about its current challenges and historical failures and confidence that democratic ideals are paramount even when nations fall short. This humble confidence will make the United States stronger in its work on democracy globally and at home.
Strengthening American democracy and ensuring democracy support remains a cornerstone of our foreign policy are the responsibility of all Americans. A whole-of-society approach will be needed to restore American leadership and push back on threats to democracy.

The new Biden Administration must make democracy and human rights support a central component of a new American foreign policy. This can be done through strong rhetoric, personnel decisions, and global engagement.

The president’s early speeches should reaffirm strong U.S. leadership in support of democracy and human rights globally, a commitment to bipartisanship and democracy at home, and a linkage between democracy and American security and prosperity. The new administration should shine a light on the plight of those suffering significant human rights abuses, from the Uighurs in China to the Rohingya forcibly displaced from Burma to the citizens of North Korea. The new president should appoint or nominate senior staff within the White House, the State Department, the Defense Department, and U.S. Agency for International Development who will integrate democracy and human rights support into our broader national security, foreign policy, and development efforts. Likewise, he should direct our security agencies to integrate democracy and protection of human rights into our national security planning and rhetoric. His budget requests and programming should also reflect the centrality of democracy and human rights support in our foreign policy and aid decisions.

Finally, he should meet early in his administration with key democratic allies, including those from NATO, the European Union, Japan, and South Korea, as well as emerging democracies from each region, to reiterate the centrality of democracy in America’s global engagement and urge collaborative efforts to jointly strengthen global democracy and protect human rights.

Congressional leaders from both parties and in both houses should increase support globally for democracy activists – government officials, journalists, nongovernmental leaders, and oppositionists. This should include increased funding for U.S. development and democracy programs backing democratic activists, particularly those who are targeted by nondemocratic forces. Strong condemnation, sanctions, and other punitive measures should also be used against authoritarian governments. Bipartisan support for the Magnitsky Act, Hong Kong Human Rights and Democracy Act, and Uyghur Human Rights Policy Act provide impactful examples of how Congress can raise the profile of and exert pressure on human rights abuses globally. In a time of high partisanship, members of Congress should signal bipartisan agreement on the importance of democracy efforts in our foreign policy by ensuring that democracy-related legislation, nominations, and other actions are handled quickly and without acrimony.

The strength of American democracy at home is directly tied to American credibility and our ability to advocate for democracy globally. While domestic reforms need not precede international engagement, they must be done in tandem to reinforce American integrity and our reputation as a global champion of democratic values. Local leaders – governors, mayors of major cities, and local legislators – should come together to form a taskforce on shoring up democratic institutions at the local level, as well as advocating for stronger American leadership in supporting democracy globally. The taskforce’s domestic work could focus on election reform, police reform, and information integrity. Meanwhile, its international democracy advocacy should highlight how such policy would increase economic opportunities for U.S. states, affect the pace of forced migration, and protect the human rights of communities tied to their constituents.

American willingness to publicly and effectively tackle democratic challenges at home will be a source of strength and example for other countries and contribute to the restoration of American leadership in this area.

Freedom of speech, the press, and expression are essential to the flow of accurate, truthful information to American citizens. This allows citizens to engage effectively in electoral, public policy, and civic processes. The media have been under attack, particularly from domestic and international sources who have sought to spread disinformation online to sow seeds of mistrust or doubt in American society. It will be essential for key actors, particularly the media, tech companies, and political leaders, to reaffirm the importance of these freedoms and work collaboratively to protect journalists, promote high-quality unbiased journalism, raise citizens’ digital literacy, and protect against disinformation campaigns. Large media conglomerates in conjunction with social media companies should collaborate to educate Americans about responsible digital literacy skills, protect against malign actors at home and abroad, and provide training and support to journalists globally.

Studies show that younger Americans are more skeptical about democracy than Americans from earlier generations. This raises concerns about waning future interest in strengthening our country’s democratic system and American leadership in supporting democracy globally. Despite their skepticism, this demographic is active in other human-rights based activism and has had significant social impact in the United States. Universities and student-led civic groups should develop an awareness campaign and debate series that challenges millennials to understand the importance of democracy to American prosperity and security and to the social causes championed by this younger demographic. Developing a more robust and inclusive conversation among millennials on the issues of democracy and human rights will encourage greater enthusiasm for these topics within our domestic and foreign policies, as well as harness the energy, entrepreneurial spirit, and vision of this generation to promote a more just, stable, and prosperous global community.

Supporting democracy and human rights at home and worldwide requires a comprehensive, multistakeholder approach that reaffirms America’s commitment to global leadership and democratic ideals. This will pay dividends for those courageous champions of democracy who risk their lives for the values Americans enjoy and will also contribute to a more stable, peaceful, just, and prosperous global community in which American interests will also be able to flourish. 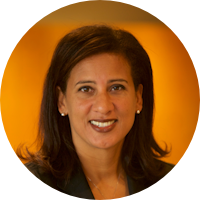 2021 policy recommendations from the George W. Bush Institute. View all
Women and Girls: Investing in Women's Economic Empowerment
Women and Girls: Supporting Adolescent Girls and Young Women in Sub-Saharan Africa
U.S. Efforts to Protect Afghan Women and Girls
Burma: Continuing U.S. Support of Transitions to Democracy
Global Health Priorities: Building on U.S. Global Health Engagement
North Korea: Denuclearization Is Not Possible Without an Improvement in Human Rights
We Still Have a Role to Play in Afghanistan

Nicole Bibbins Sedaca, the Kelly and David Pfeil Fellow at the George W. Bush Institute explains how the Biden Administration's upcoming Summit for Democracy can be most effective.

Why — and How — Democracies Must Promote Religious Freedom

The Church Has Left the Building

Pastor Richie Butler speaks about the meaning of religious freedom and how it has been central to the work of Black churchgoers.

Peter Wehner, a Senior Fellow at the Ethics and Public Policy Center. and E.J. Dionne Jr., a Washington Post Syndicated Columnist, address the relationship between religious freedom and democratic stability.